Chris Faiers reads from his "hippie memoir' Eel Pie Island Dharma at a book launch at the Marmora Inn Bed and Breakfast last week, to the delight of musician Morley Ellis (right) and others in attendance.
Click to Enlarge

Jim Christy has a Peak Frean's tin full of stories. His latest work, Sweet Assorted, was inspired by years of observation and the gathering of odd mementos that were strangely compelling. He read at a recent book launch in Marmora.
EMC News -Marmora - A pair of local poets were joined by about a dozen fellow artists and word lovers last week at the Marmora Inn Bed and Breakfast on Bursthall Street for the double book launch of two new works.

Chris Faiers and Jim Christy offered a little insight into their nomadic life experiences with a casual evening of reading from their respective books Eel Pie Island Dharma: A hippie memoir/haibun and Sweet Assorted.

For Faiers, Eel Pie marks his 19th published work, and reflects on his wanderings as a young adult after leaving the United States during the Vietnam War draft. A Canadian by birth, Faiers moved to the southern U.S. as a small child, but left for the United Kingdom when young Americans, and dual citizens, were being drafted.

Eventually settling in Hastings County, Faiers served as the Marmora head librarian and then held the same position for more than a decade with the village of Stirling. And he freely admits the release, by area publisher Hidden Brook Press, of a hippie/memoir by this re-tired small town librarian could be a bit of a shocker for some former patrons.

Christy, too, left the U.S. in the late 1960s to avoid the draft, later becoming a Canadian citizen. And he has been observing and writing ever since.

With an extensive list of books already behind him, readings from his latest work, Sweet Assorted, recently published by Anvil, offered a glimpse into a writer's sometimes scattered mind.

Named for a tin box he discovered in a field in 1974 while working as a landscaper nearby, Christy says it came to mind when considering his next work for publication. "I thought, where is that damn box," he says. "That would make a nice book."

And inside that tin box, and between the covers of Sweet Assorted, are some of life's mysteries, oddities and simple points of fact.

Collected over the course of nearly 40 years, and with no particular logic behind any of it, the collection is compelling, fascinating and intrinsically human.

There are ticket stubs and headlines, newspaper clippings and photographs and a box of baby teeth. And each item tells a story of travel or stability, exotic locales or seedy back allies, almost always posing unanswerable questions.

Guests to the dual launch were also treated to some readings from the recently published Crossing Lines: Poets Who Came to Canada in the Vietnam War Era, which includes work by both Faiers and Christy. As well, Marmora Inn proprietor Ruis Pereira offered a reading of his own work, reflective of his Portuguese birthplace and written in his native language.

Posted by Chris Faiers/cricket at 17:37 No comments:


Hi Again, Kent
A bedraggled Chase & I are back from our afternoon hiking in this new snowfall. That's good that you've made arrangements with Kathy to retrieve your forgotten bags.

Re Killaloe Station, I spent some time up there in my CLM days. Several comrades lived in the area - the murdered Jon Penner (have you read my poem about him? - I'll copy it after this email) - and the husband & wife couple of Jim and Lynne Brown - she's the daughter of famous WW2 artist Leonard Hutchinson, & she's a talented artist as well.

I stayed with the Browns on their rented farm near Killaloe several times as 'the New Canada (newspaper) rep' for CLM. Locals used to drive by & shoot at their farmhouse from their pick-ups. One memorable visit, as I was settling in for the night to sleep in their livingroom, Jim handed me an antique .303 rifle with the instructions to, "Return fire if any of the rednecks start shooting at us from their trucks!"

It was either later on that visit, or on a similar one, when we visited Jon Penner for a CLM meeting at Penner's shack-like farmhouse. Suddenly Penner grabbed a rifle & fled out the door, shouting BEAR! MEAT FOR THE WINTER! Jim Brown thrust a bayonet in my hands, & rushed after the meat seeking Penner, who had already fired wildly into the thick woods. While they reloaded, I surged ahead into the cold dark brush after a potentially wounded bear, until common sense overcame the adrenalin rush & I realized what dangerous craziness I was heading into! 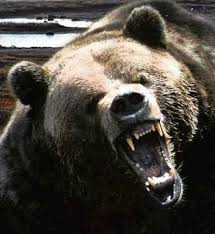 Re War Objectors and how our generation of young Amerikans responded to authority & the Vietnam War, Jim Christy & I told parallel reminiscences at  dinner at their farmhouse Saturday night. My story was about attending a rock concert at Gulfstream Racetrack in Florida circa 1966-67 - Jimi Hendrix was the feature, but he refused to play in the pending electrical storm. But Chuck Berry stepped up & amazed & amused the wannabe hip young crowd with his by now old-fasioned riffs and duck walking antics. Suddenly a ripple of activity spread thru the crowd. A young guy had sneaked in without a ticket, & security guys were chasing him around the stadium.

My immediate response was to help him, & I rushed to where he was now being held captive by police & security guards. There were about 10 or so cops, & I was sure that many others in the crowd were thinking like I was, that we had tens of thousands of 'liberators' in the crowd. In my naivety I rushed forward, yelling for the cops to release the guy. Then I looked behind for the rest of the liberators - and OOPS ...no one else was fucking there! So much for solidarity & any sense of politikal smarts among this generation. Christy's story was very parallel, with the Hell's Angels being the bad guys this time. But again, Christy had the same experience and as he put, a sudden moment of enlightened clarity that this hippie/flower children generation wasn't into confrontation, no matter how superior our odds were.

Morley just stopped in to visit on his way home from groc shopping - now it's time to think about dinner & unwind further.

... maybe finish these thoughts about war objectors & the painfully slow evolution of our species on this hillbilly planet another time ...

Hey Chris - Thanks for the offer. However, I would like to have my bags earlier, so as Kathy is coming to TO. within the next couple of weeks, I think I will make arrangements to visit her after all to pick up the bags and to say hello. I am very fond of both Rui and Kathy and believe that they are sympaticos with the rest of us. By the By, a play is being put on next summer in Killaloe on the hippie move to that area in the 1960s and Chris, a local businessman (i.e., Bonnechere Caves), will be playing the part of a war objector. It will also celebrate Barnie McCaffery, a fellow
W.O. who started the Wilno Express and successfully integrated into the Wilno community, documenting local history in song and story (Not an easy task if you are familiar with that area). Chris and his wife, Val, are lovely people who are great supporters of the Arts in their area. Chris tells me that he will be operating a local radio program and was pleased to receive my poetry book with the many Madawaska Valley Poems as well
as the double CD of folk music and, of course, New Orleans Will Rise Again. I am certain he would be interested in your new book and Morley's CD too. If you are interested, I will be happy to forward his contact information and inform him of any contacts you want to make. I will keep you
advised on this project and also mention that he told me that he is considering poetry readings in the caves (he now has musicians performing
there). All the best Chris and I hope to see you at the end of next month. I have just reviewed the pics. of our travels and cleaned them up and
there are some lovely shots of your amazing world. I am certain that we will want to do another winter visit in the future. Cheers, Kent


IN MEMORY OF JON PENNER


Strange death even the half-tamed winds

off Lake Ontario moan through Toronto ...

how trapped hours in your rusting car

the police took you to jail

They say you hanged yourself in the night!

You who were a semi-pro fighter

not fighting for glory

but for the peace of a needle in your arm.

This fighter hanged himself?

Cat burglar who clung to life on frozen sills!

You defeated the needle

and forsook the city's catspaw money

to live miles down a deserted road -

alone - in a house so haunted the moon

glowed through cracks at midday.

Strange they feared your politics

of democracy while you lived alone

with your silver chloride half-tones.

The wind you now haunt

the leaves are redder this fall.

Your murderers twist and turn

and don't know why

the full moon on the Ottawa Valley

glows brighter than the sun.

Posted by Chris Faiers/cricket at 13:15 No comments:


Hi Everyone,
I just chatted with Rui, owner & chef of The Marmora Inn, about plans for January 24th. Rui will prepare a fixed price dinner for those wishing to dine before the events (chicken breast, soup, salad, dessert - around $22). So far there are about 7 or 8 confirmed diners, & it would be helpful for anyone else wishing to dine to contact Rui (613-472-6887) if you'd like to be added. Dinner will be from 6 - 7 pm in the elegant formal dining room. Please also contact Rui if you are interested in booking a room & staying overnight after the evening.

From about 7 - 8 pm artist Virginia Dixon will emcee the evening, and Jim Christy will read from his newest book, SWEET ASSORTED, and I'll read from EEL PIE ISLAND DHARMA. We'll probably read for about 25 minutes each, followed by discussions or questions about the books (if any).

An Open Set will be available after the readings & discussions for anyone wishing to share their work.

Local guitarist & singer Morley Ellis will perform a variety of songs to continue the entertainment, followed by Toronto musician Kent Bowman. (Virginia, I've copied Kent's bio for your information, as I know you're already familiar with Jim, Morley & my work & backgrounds.)

Mick Burrs will also be visiting from Toronto with Kent, and as an aside, Kent, Mick, Jim & I all had poems in the recent anthology CROSSING LINES: POETS WHO CAME TO CANADA IN THE VIETNAM WAR ERA.

This promises to be a relaxed & entertaining evening, & a welcome break from the cold spell we have now entered.


p.s. this will be quite the literary & artistic confab, as COUNTRY ROADS publishers Nancy & John Hopkins plan to attend, as well as local poet Gail Taylor, award-winning playwright Richard Turtle, & other area artists