Thanks for sharing this image, it's great to know that people across Canada oppose Kinder Morgan.

Bravo our Chris!!!   Was David Fraser there by any chance?
He is in our last book “Piping at the End of Days”   He is very concerned
as we all should be.   What can we do about this incredible stupidity of
self-imposed environmental destruction?    A writer’s letter to the government?
Let me know how we can do anything,   I am always so proud of you, you do the
action I wish I could take part in.    Katherine L. Gordon

I don't think I've met David. Damn, maybe we should wear name tags at these demos. There seems to be a number of regulars who participate in these actions in front of Belleville MP area Neil Ellis's office. The last demo I was at there was in December of 2016 in support of electoral reform. A short time later Trudeau unilaterally proclaimed electoral reform dead - yet another reneging on his campaign promises! But then what should we expect from a member of the 1% whose Finance Minister is also a one percenter. I smell an even stronger odour of autocracy these days, almost as bad as in the Harper era, just more stylishly dressed.
peace & poetry power!
Chris

In solidarity with you, The Council of Canadians, Elizabeth May, and all who are opposed to Kinder Morgan,
Allan

Thanks Allan  :  )
Yes, in solidarity!  (haven't said that in many a decade)
I'm hoping enough of us "settlers" join in solidarity with First Nations to stop the devastating KM project. It'll probably take a nation wide insurrection to do this, tho. Our national media won't help - today's TO Star's online home page didn't even mention all the anti KM demos that took place right across Canada yesterday. The anti-gun children's crusade in the U.S. took precedence, but gun control isn't an issue in Canada. Also Elizabeth May, leader of a national party, was arrested as part of yesterday's nation wide demos, but that also didn't make the front page of The Star either.
anyway, as always
peace & poetry power!
Chris

p.s. are you planning on going to Marvin Orbach's tribute launch tomorrow? altho I can't attend, pls spread the word - Marvin was such a promoter of CanPo 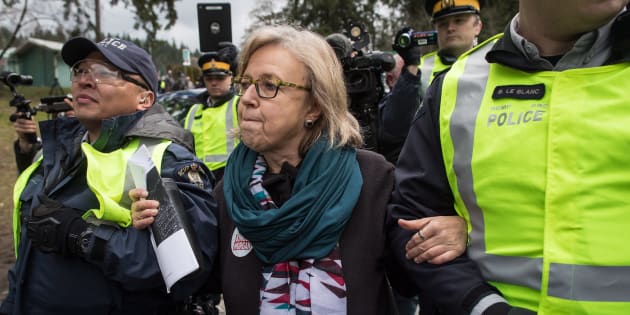 Posted by Chris Faiers/cricket at 21:13 No comments: