I'm sending my next package of donations to the HC archives today. The two books include Eric Amann's autobiography, The House on Fountain Street. This is an extremely rare book which tells the story of Eric's arrival in Canada as a refugee/displaced person after World War Two at the age of thirteen. Interestingly, I don't remember the book even mentioning haiku, although Eric was the godfather of Haiku Canada.

Eric inscribed this copy to me:

Jan. 29, 2009
Dear Chris:
Thanks for your book Zen River - beautiful & memorable pieces of poetry and prose.
with all best wishes,
Eric

The other book is Milkweed: A Gathering of Haiku edited by Marshall Hryciuk and published with his Nietzche's Brolly Press in 1987. It is also inscribed to me and signed by Marshall.

The inscription is difficult to read, but I believe it reads:

An edition for the editor*
Chris forever
cheers
Marshall Hryciuk


In my first packet I forgot to include my mailing address:

reply to Vicki's request for some more info on Eric's book:

By the time I'd decided which books to send next, and prepping the mailing envelope (and lots more reminiscing), I didn't take the time to add the details on Eric's autobiog. Sorry. It's a professionally produced and quite short book, I'm guessing around 100 pages or less. You can read it in a couple of hours. I don't think the packet will reach the UofVic library by tomorrow when you visit, but I hope you have the chance to read it one day. Eric had a much rougher and harder life than most people would imagine, and it's quite amazing that he not only  survived the turmoil and difficult circumstances but managed to become a medical doctor!

The several times I met Eric in Toronto at haiku get togethers he was very quiet, modest and somewhat self-effacing. I don't know if it was his modesty or shyness, but as I remember his book doesn't go into any details of his involvement with haiku and the major role he played with developing a modern English language haiku form and community. Curious.

Eric and I exchanged books in 2009 (per the dedication) but I believe he'd self-published his auto-biog. in the early  2000s.

Over the decades I've known a number of people who have donated papers to various archives, myself included. From what I gather donated papers are often just placed in small boxes and left for the curious and researchers to dig through. I don't think librarians, or HC archive committee members, would be expected to catalogue or otherwise delineate materials.

Good luck with your meeting tomorrow with the UofVic Special Collections chief librarians. Hanging out in libraries with librarians is always fun  :  )-

Posted by Chris Faiers/cricket at 07:26 No comments:

I've resumed fishing through old boxes, drawers, and shelves to finally start donating again to the Haiku Canada Archives now that they've found an official home with the Univ. of Victoria library. It's part of my ongoing project to declutter my small house and to get "important" materials into various archives. Having the cancer operation has reinforced my goal to get as much of this stuff into good homes while I'm still above ground. I don't know anyone locally who'd know how to do this once I'm gone, and rare items would likely end up in the recycling bin or worse, the local landfill.

Thank you for adding the Cafe Haiku link and that chunk of your story and haiku history. So glad to see your mention of Eric Amann in there -- and the note in your email that Eric Amann has an autobiography that you'll send anon. He didn't hang around on the haiku scene as George Swede has, so I've wondered what we might pull in about him. Other than, well, I have a fat file of correspondence between Eric and Anna Vakar and a few other slimmer files to do with the brief period  Anna was an editorial consultant on Cicada. Now that I've received all I'm going to get from Anna's estate and have done some browsing through the last arrivals, I've decided to start by identifying what is unquestionably most eligible for the Haiku Canada Collection at UVic Library Special Collections -- and that would be these aforementioned files. Then I'll ripple out from there, assessing significance until it's (hopefully) clear what is not eligible to be sent: that is, what does not meaningfully fit the haiku-and-related-forms mandate. I'm imagining a grey area where I'm not sure and will seek guidance from the UVic librarians.

part of my reply to Vicki about Eric Amann:

IMHO Eric Amann was one of the most important English language haijin to date. His 1960s mag Haiku literally changed the form and to a degree the content of modern English haiku. The other mags of that period, and I subscribed to and was published in most, if not all of them, were strictly 5-7-5 in form and limited in content. The "rules" of haiku back then were strict - haiku were to be about nature, not people, although gradually haijin became aware of senryu, and over many decades the distinction seems to have blurred.

Eric critiqued my early attempts at haiku in his preferred non 5-7-5 form, and after some practising he began publishing my haiku as exemplars of non 5-7-5. The other small haiku mags of that period followed Eric's lead with Haiku as I recall. I was pleased and very surprised when I recently found one of my first acceptance notes from Eric on a torn piece of paper!

The "thread in haiku" piece skims over my personal history, and explains how for several years I was still occasionally writing, and even managing to publish two small chapbooks of haiku (I'd never heard of chapbooks in 1969, I just wanted a collection of my haiku gathered in one place.) After living in the Eel Pie Island commune and living on the streets and traveling in Europe, I returned to Canada in 1972. It was a pleasant surprise to be invited to what I consider to be the founding meeting of what became Haiku Canada at Eric's apartment in east end Toronto circa 1976 or 77. I believe I've posted a description of that meeting somewhere on my blog, and if I find it I'll forward it to you. 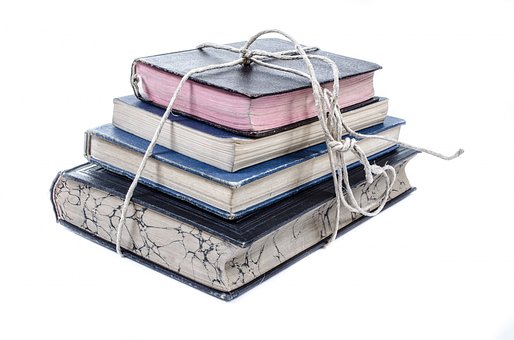 Posted by Chris Faiers/cricket at 08:15 No comments:

Doug Ford must stay awake at night dreaming up ways to be more evil. He's nonstop been adding to his list of evil superpowers - the not withstanding clause to attempt union busting, overturning the Green Belt  promise he swore to uphold to give developer supporters land to greed on, and now he's formed a League of Evil Super Mayors to do his bidding. Darn! Superman is just a comic book figure, but I wish Doug Ford were!

Posted by Chris Faiers/cricket at 14:33 No comments: