Barrow by barrow load
Big Al built his special point on Roblin Lake
waterfront sells by the foot
& tho Al & Eurithe wished for a secluded spot
a small space for coffee meditations, well ...
poets can handcraft more than wordy magic

Years on I finally found his reclusive retreat
...  found Al's grave marker first
made many treks from Marmora to A-burg
to honour Al & his best bud, Milt
But it was years before I finally found
the magic landscape of Al & Eurithe's hand hewn refuge

in the shade of his fully grown arbor
Big Al himself sat in a deck chair
reading perhaps, or composing deathless lines

in the shallows
blue heron awaits
his old friend 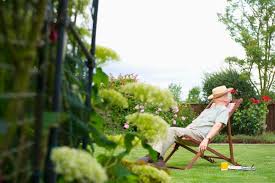 
This is a lovely image Chris...the bombastic drunken poet hiding in plain sight on his point of land in Roblin Lake.
Have you been following all the buzz generated from last Monday at the Monarch? Descant interview? etc.
Advance notice - August 30 - we have another event at the Active Arts church in Rednersville. More complete news as soon as I hear back from our Writer in Residence. And the Picnic's scheduled (did I tell you that already?) for July 26.
Exciting times...I can't keep up to it on the blog (which I am sure has an international following hungry for news of Al, she said, sarcastically)
I have been hiding on my own point of land, scribbling an architectural essay for a local magazine.
Is Chase keeping his head above the snow?
Are you?
hugs, Lindi

Thank you for sending the new UMBRELLA. I enjoyed your poem as well as Patrick's review of PurdyFest.

Posted by Chris Faiers/cricket at 18:01 No comments:

Under the Mulberry Tree


New Book and Launch event Honour Raymond Souster
Patrick Connors – Toronto:  On Wednesday, January 15th, Quattro Books released Under the Mulberry Tree, a book of poems celebrating the life and legacy of Raymond Souster.  A true “People’s Poet”, Souster passed away in Toronto last year at the age of 91 after a lengthy illness.  This tribute to his work and personality was edited by longtime friend James Deahl.

“Even if Ray Souster had never written a poem, edited a literary magazine, published a book, or hosted a public reading, he was a truly great and honourable man,” Deahl said. “Ray showed how to live a life of grace and compassion. It was a privilege to know him.”
“I first encountered Ray Souster’s poems almost half a century ago,” said Norma West Linder, a contributing poet to the anthology. “Seeing the way he made the ordinary into the extraordinary with the art that disguises art, I was inspired to try my own hand at writing poetry.”

In all, there are 35 poets to the book, paying affectionate and admiring tribute to Souster, widely considered one of the most important figures in Canadian poetry in the second half of the 20th Century. He was a groundbreaking poet of wide-ranging influence who distinguished himself as an editor, publisher, readings organizer, and mentor. The contributors include some who knew Souster personally and others from younger generations who are extending the tradition of modernist “People’s Poetry” in a Sousterian spirit.

“When I consider the mutual friendship I had with Ray, I’d have to say serendipity and pleasant fortune is my connection to him,” said Michael Fraser, another contributing poet, and a co-ordinator of the excellent Plasticine Poetry reading series.  “I was immensely fortunate to have been welcomed into his house and have the opportunity to bask in his brilliance.”
14 of the contributors appeared at the launch event, held in the upstairs of Tequila Bookworm, located at 512 Queen Street West.  One of them was noted Toronto-based poet and editor Mick Burrs.

“2 years before Ray passed away, James Deahl told me that I lived in the same neighbourhood as Souster,” Burrs said.  “In fact, I had been for a number of years.
“He was a major Canadian poet, and I got to meet one of my idols in person, although it took 70 years!

“After James introduced me to Ray, I in turn introduced him to Kent Bowman, who is also in the anthology.  Ray and Kent were jazz afficionado’s, and could talk about music for hours.
“Also, we would always talk poetry with Ray, sharing our poems with one another.  In general, he stood by a lot of poets, encouraging them, even starting the League of Canadian Poets.
“I felt saddened when he died.  You just enjoyed being with him.”

Burrs poem, “Basho Watching Baseball”, appears in the anthology, and marked the beginning of the reading.  “Another thing Ray and I talked about was baseball.  We would discuss it on the phone, how the Jays were doing, during commercial breaks.”

The second stanza is simply:

“During a dull night game
at last the dome opens –
ah, the full moon!”

“This is something I experienced at a Jays game, and, of course, many others have, as well.  Inside the climate-controlled environment of the Rogers Centre, you are not experiencing the reality of the outside world.  The shock of the last line, the appearance of the full moon, is what makes it a haiku.

“Whenever Ray was talking about something he was passionate about, whether it was jazz, baseball, or poetry, he forgot he wasn’t feeling well.  In turn, we forgot he wasn’t feeling well.”
The launch event itself included stories of Souster’s influence on the presenters, both personally and poetically.  It was emotional without being maudlin, and brought everyone in the crowded room into a kind of communal participation, whether they knew Souster or not.

“I think one measure of the success of a book launch is the number of the writers in attendance who are not there to read their own work or promote themselves, but to celebrate the poetry of some other writer,” Deahl said. “More to the point, there were about 15 people in the room I had never seen before. When people attend a poetry event who you did not personally invite, that is amazing. It demonstrates the respect people have in their hearts for Ray Souster.”

Also, the service at Tequila Bookworm was very good.
In 2012, there were revivals of the extraordinary work of Irving Layton (http://newz4u.net/archives/28339), as well as Milton Acorn (http://newz4u.net/archives/32987).  I am hopeful that 2014 will see a compilation of Souster’s work released—or at least set in motion—to bring his work and his place in the Canadian literary canon to a new generation of readers.
with files from Quattro Books
Posted by Chris Faiers/cricket at 20:45 No comments:

Signing up for Marvin's Archives

Hi Marvin,
I wasn't able to retrieve my Sube from the mechanic until 5:30 yesterday aft, so as expected, I wasn't able to drive into TO for the launch. I did have an hour long update chat with Terry Barker this afternoon, & Terry succeeded in circulating both of the author's copies I'd requested from the editor, James Deahl. Twice over the course of the evening James kindly announced that these 2 archival copies of UNDER THE MULBERRY TREE were being circulated, with one copy designated for the special Marvin Orbach archives.

Terry said approx. 50 people were in attendance, & that likely all of the 12 - 14 readers signed both copies by their poems. As suggested, Terry also encouraged EVERYONE present to sign the copies as well - even the surprised young bartender was pleased to be asked  :  )  The usual suspects who attend many of our People's Poetry events like PurdyFests were present, & of course signed, & some even added spontaneous marginalia & commentary. It'll be very interesting to read these copies. I'll select the most 'marked up' copy & send it on to you as soon as I receive them from James. Many thanks to Terry, who spent much of his evening circulating our copies among the readers & guests alike.

Terry also met a Univ. of Calgary student, David Eso. Prior to the event David wasn't aware of your collection, but now he'll be scouring it (he's one of the contributors to MULBERRY TREE).

Last night while surfing the web I found this page about your archives:

Canadian librarian and book collector Marvin Orbach was born in Toronto on June 13, 1940, and moved to Montreal in 1951 where he has lived ever since. He received his B.A. and two library science degrees from McGill University. He worked at Concordia University Library,  first as a cataloguer, and then as a reference / selection librarian, for a total of 39 years. Now retired, he devotes much of his time to building his collection of Canadian poetry: his love of Canada, his love of books, his love of poetry, and his collector's instinct, all combined to make him a passionate lifelong collector of Canadian poetry. Mr. Orbach's dream is to create a collection that reflects the poetic soul of a nation.

Hi Chris,
Thank you from the bottom of my heart for everything you have done   to make Calgary's copy of the Souster book a real treasure.   And thank you very much to your colleagues who assisted you.  This book will be an outstanding addition to the collection.  I am looking forward to holding it in my hands and reading the inscriptions..   Wow!!!
The piece that you sent on my archival collection has been around for a while.  A few months  ago I requested that your name be added to it. The Univ. of  Calgary Library, Special Collections,  has been doing a marvelous job of looking after the collection.
A big thank-you for doing so much to help preserve  our  country's literary heritage.
It was my lucky day   when I first met you.
Marvin, in Montreal West.

Posted by Chris Faiers/cricket at 16:53 No comments:

Memories of My Mom (Gail Taylor)


Memories of My Mom


Marvelous Mavis... what was in that name?
Dad would call her Alma or that woman
when he was impatiently waiting for her
Her brother, Jeff, nicknamed her Tamer
for all her feistiness and determination
She was Aunt Mavis to many,
great grandma to six
She has been Mom to five,
grandma to four
and she has been called a blessing
by the countless children in the hospital
who wear her hats and slippers
or play with her crocheted animals
She was called a radical by the Weed Man
or maybe something worse
She was called friend by her neighbours
and Miss Daisy by the cab drivers
with whom she has long conversations
but most of all she was called Love
by all those whose lives she has touched.
Mom died Sunday night.

Email ThisBlogThis!Share to TwitterShare to FacebookShare to Pinterest
Labels: Gail Taylor, Memories of My Mom

Posted by Chris Faiers/cricket at 09:32 No comments:

For your information, when
you eat things they go into you.
I learned this last year.
This year, however,
I cannot write a poem. I just
can’t do it. My dog skids
around on the ice outside,
I’m bleeding the radiator
with fifty leeches, seismologists
curl at the foot of my bed,
episodes of F Troop are shot
in my living room, guppies
do tricks in the depths
of my teacup, plus:

confusion is the basic unit
of all living organisms. It has
been dubbed the building block
of life. A single confusion
divides to produce two daughter
confusions. Let’s pack a lunch,
pile into the station wagon
and sit in the driveway.

In closing, then:
Blank sheets of paper
scribble poems on me.
A lamp throws a shadow
into the wastebasket.
The radiance of the night
is just about endless.

Posted by Chris Faiers/cricket at 17:50 No comments: